Email This Article To A Friend 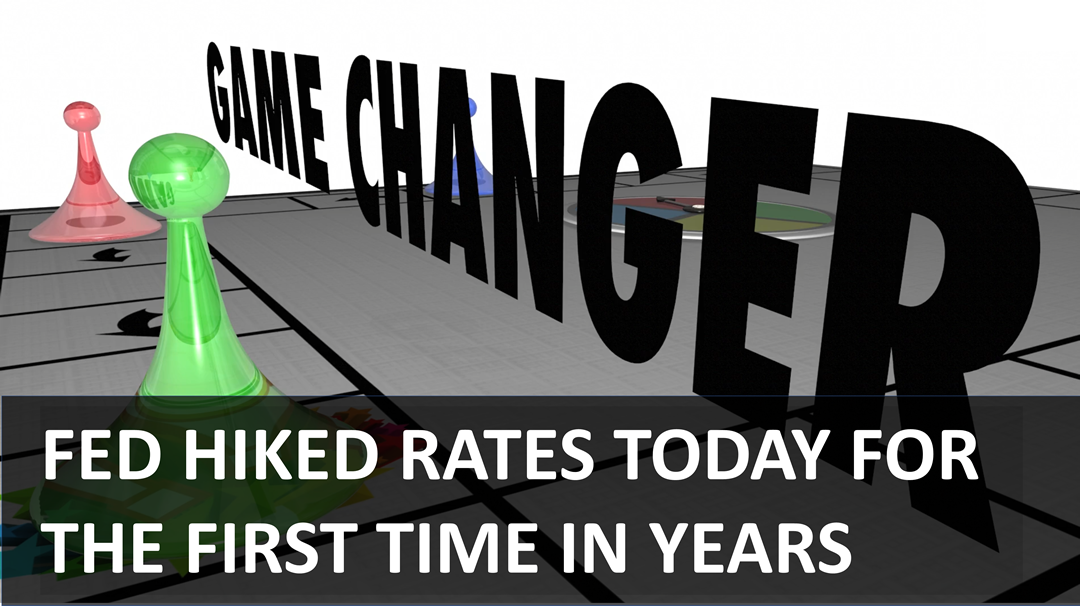 The central bank of the United States today said it would hike the interest rate at which it lends money to banks by a quarter point and indicated it would raise rates a quarter of 1% six more times in 2022.

The move by the Federal Reserve was expected for months. In reaction to the news, stocks closed sharply higher, with the Standard & Poor’s 500 gaining 2.2% for the day.

The Federal Reserve is planning to raise rates gradually to snuff out inflation, which, over the past 12 months, surged at the highest rate in 40 years. However, the campaign to extinguish inflation comes at a challenging time.

In the last few weeks, the S&P 500 dropped by as much as 12.5% and, as of today’s close, is  about 8% lower than the January 3rd all-time high. The stock drop has occurred as Russia threatened the modern world’s geopolitical framework by invading Ukraine and the Covid-19 pandemic remained a lingering threat to public health and the worldwide economy.

The Fed’s challenge is to raise rates to slow down the economy just enough to tamp down inflation but not so much as to stop economic growth.  This may sound simple, but it carries risk: Fed policy mistakes caused every recession since the 1950s post-World War II era began, and recessions preceded every bear market in stocks in post-War American history, except for the crash of 1987, which was caused by computer trading.

On the bright side, however, the nation’s central banking system, designed by Alexander Hamilton over 200 years ago, has been improved in recent decades. The Fed today has more information and tools than it did even in the last four decades shown in this chart. And stocks often rise during periods fraught with the risk of rising interest rates. As is shown in this chart, stocks rose many times in the past while the Fed was trying to slow the economy. During the decade of the 2000s, for example, when the Fed was very aggressively raising rates from 1% all the way to 5% over the course of two years, the stock market was in a bull market.

To put things in perspective: The repressive Russian Government is engaged in an existential economic war with most of the rest of the world, while the United States is trying to slow its fast-growing economy. Russia’s failed invasion of Ukraine, and the Ukrainian nation’s fight for democracy, could be a geopolitical tipping point in world history.

Nothing contained herein is to be considered a solicitation, research material, an investment recommendation, or advice of any kind, and it is subject to change without notice. Any investments or strategies referenced herein do not take into account the investment objectives, financial situation or particular needs of any specific person. Product suitability must be independently determined for each individual investor. Tax advice always depends on your particular personal situation and preferences. You should consult the appropriate financial professional regarding your specific circumstances. The material represents an assessment of financial, economic and tax law at a specific point in time and is not intended to be a forecast of future events or a guarantee of future results. Forward-looking statements are subject to certain risks and uncertainties. Actual results, performance, or achievements may differ materially from those expressed or implied. Information is based on data gathered from what we believe are reliable sources. It is not guaranteed as to accuracy, does not purport to be complete, and is not intended to be used as a primary basis for investment decisions. This article was written by a professional financial journalist for Advisor Products and is not intended as legal or investment advice.